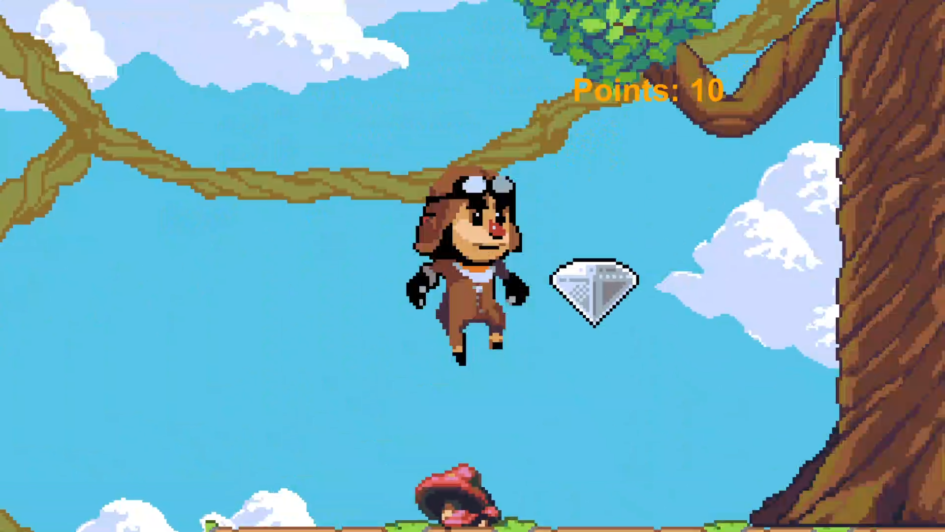 Gem Runner is a simple platformer game that I have made. I was my first attempt at making games. I have made it from scratch using Unity. For graphics I have used free assets. I went with pixel-art style primarily because it is probably the most forgiving type of assets regarding scaling and stretching.

I have utilised various techniques when I was creating sound effects for the game. I have used my modular synthesizer to create sounds of ‘running’ and ‘gem collection’. Jumping ‘gasp’ is actually a sample of my own voice.

Each of the three levels is characterised by slightly different music loop. I have used one of quasi generative sequencers that I have made in Pure Data. The sequencer created the melody according to algorithm I have created. I have set the parameters of the generator and waited until it returned a satisfactory result. After that I have transferred the resulting midi pattern into Reaper. In the DAW I have chosen a virtual instrument fitting to the genre and export it as an audio file that I have then imported into Unity and looped.

I have implemented all of the sounds into the Gem Runner game using build-in audio tools in the Unity.